If you feel uncertain about your basic compositional skills, here are some suggestions that might help you build both skill and confidence.

Visual communication can be broken down into a small set of key terms and concepts. While not entirely exhaustive and encyclopedic, the 12 concepts described below represent major building blocks for organizing and composing within a photographic frame.

A very effective method for becoming more fluent in this vocabulary, and in the process quickly improving the formal strength of your own photographic compositions, is to practice these terms as you take your own pictures. You could select one vocabulary term a day, and make that the focus of your photographic shots. So, one day you might take shots that explore shape as the primary vocabulary term, and then the next day you might use the term asymmetry as your vocabulary focus. Even if you don’t feel you need such a simple starting point, this can still be a very helpful way to refine your compositional skills – like practicing your salsa dance moves, doing some simple stretches before your morning run, or a round of stomach crunches before bedtime, this approach will help you stay visually sharp and toned.

Line
For the link above, I did an image search in Google for the term “line photography”. You will see numerous images which are dominated by strong lines: repeating parallel lines, angular perpendiculars, horizontals, diagonals, receding lines, etc. The subject matter varies widely, but the visual design elements are the same. This is one of the most basic visual elements, and you can easily begin to experiment with this visual element in both the natural world and the manmade environment. Look around you right now. You can probably shoot ten different shots that play with Line in less than one minute.

Shape
Here’s a link to an image search in Google for the term “shape photography” (are you starting to see the pattern here for researching this vocabulary?). You will see a collection of images that are dominated by strong shapes. The manmade world is often dominated and defined by angular shapes. Buildings, for instance, tend to be made up of rectangles (plus strong horizontal, vertical, and perpendicular lines). The natural world is often dominated by what we think of as organic shapes – curves, rounded lines, circles, and spirals. The human body, for instance, is composed of mostly rounded organic shapes. Try capturing some of these different shapes. Here’s a suggestion: do an exercise where you find organic shapes in man-made environments and geometric shapes in the natural environment.

Color
Seeing in color is one of the abilities that distinguishes humans from many other animals. Color is a strong and powerful visual element that can dominate an image, or subtly add nuance. Images with predominately blue color palettes will feel cool, and those more heavily weighted with reds and oranges will feel warmer and more ripe. My Google image search for “color photography” retrieved mostly images where color is immediately and visibly dominant. You should experiment on your own with this. But also see if you can create some images where color exerts as more subtle and modulated emotional influence on a viewer.

Symmetry
The human body is symmetrical. You can draw a vertical line down our middle and we basically have identical left and right sides; two eyes, ears, arms, legs, etc. Framing a photographic image so that an imaginary line runs through the middle, either horizontally or vertically, creates a similar bifurcation that has strong visual stability. People who always want to place their subject in the middle of the frame are symmetry devotees. Take a look, via the link above, at my Google image search under “symmetry photography”, then do your own experiments with this framing device.

Asymmetry
Compositions that place the primary subject off to one side of the frame create an asymmetrical shot. Follow the link above for some helpful examples. I tend to prefer these kinds of compositions over symmetrical framing. I think asymmetrical compositions often feel more dynamic and encourage the viewer’s eye to move more freely within the entire picture frame. That’s not to say that you should never use symmetry, just be sure that it really makes sense for your subject and it’s not just an unconscious habit.

Scale
This is a fundamental term in visual design, and in photography it also relates specifically to foreground/background relationships and understanding that photographs, although they are flat two-dimensional objects, represent volume and space. Frequently, scale conveys importance, but in photographs it can also help convey the depth of the space. Large foreground elements lend perspective to smaller background elements. Try googling both “scale photography” and “foreground photography” for helpful examples of this.

Hierarchy / Focal Point
Is it clear to your viewers what is the most important element in your composition, versus what are secondary and supporting elements? There should be a logical hierarchy, and your photographic compositions should have a clear focal point. This is usually one element in the image that is clearly more important than any other element – the subject of the picture, what the image “is about”. For the best examples of this, use the term “focal point photography” as your search term. You’ll see that there are many different strategies for establishing a clear focal point: color, scale, focus, foreground/background placement, etc.

Repetition
I think of repetition as a composition strategy that uses various combinations of line, shape, and color. It is the repeated use of these elements in a strong, sometimes even aggressive manner. These kinds of images use visual repetition to create a certain rhythmic and musical quality. Take a look at my Google results for “repetition photography”. These photographs almost seem to possess an element of time. When I look at these examples, I see musical scores and hear orchestral music, where certain visual elements are drum beats, others are brass or woodwinds. These kinds of patterns are everywhere, but you are probably filtering them out and missing most of this in your everyday visual world. Start looking for them and experimenting with creating your own visual scores as photographic shots.

Contrast
As a photographer, at the most elemental level light is your medium. Light is to photography as pigment is to painting. And contrast is a fundamental variable in every photograph. But in some ways contrast is one of the most challenging elements to “see” as a photographer because our own visual wiring is designed to minimize contrast. When it comes to lighting, what we perceive is often very different from what the camera records. Getting a handle on this term in your visual vocabulary may require the most exercise, experimentation, and discipline. Contrast is literally the relative difference in the amount and color of light that different elements and areas of your composition are reflecting into the lens. In addition to googling “contrast photography”, also google “low contrast photography” and “high contrast photography”. Notice all the ways in which contrast can vary. Complimentary colors create high contrast. Monochromatic colors often feel more low contrast. Cloudy weather reduces contrast. Strong side lighting increases it. Try working in a variety of lighting conditions, different weather, different times of the day, indoors, outdoors. Take notes on what you learn about contrast and any preferences that might emerge.

Negative Space / White Space
Beginners often feel compelled to fill every part of the composition. They want to get as much information into the frame as possible. And sometimes that is exactly the right choice. But often it makes sense to simplify. Less is sometimes better, clearer, more effective. Google “negative space photography” and notice the simplicity of these compositions. There is a clear focal point, minimal additional elements, and a lot of negative space. This is not unused space. Just the opposite. It is a valuable visual device that can be used to create a sense of scale, or distance, or a feeling of airiness, silence, or calm. Don’t be afraid to simplify, subtract, and give your focal point more room to breathe in the composition.

Rule of Thirds
This should be one of the most straightforward and easy ideas to embrace. Just imagine lines that divide your composition frame into 3 equal areas horizontally and 3 equal parts vertically. You’ll then also have nine distinct subareas in the image and 4 points near the center where lines intersect. Go ahead and google “rule of thirds photography”. What you’ll see is that using the horizontal lines to position horizontal elements, and using the vertical lines to position vertical elements can result in compositions that feel balanced and elegant. Positioning elements at the line intersection points is particularly effective. Many cameras give users the option of displaying these lines on the viewing screen. If you have this option, I encourage you to use it. If not its pretty easy to train your eye to just imagine the lines.

Golden Section
This is a classical and mathematically derived method for dividing and designing space. Its fairly technical, too much so for many people, but every photographer should be conversant about the concept. It is also goes by the name the Golden Ratio, and sometimes the Fibonacci Sequence. In visual design it means constructing a frame whose sides have the ratio of 1:1.618. This frame can then be methodically subdivided into smaller and smaller subsections based on this same ratio. The design of the Parthenon in Greece is based on the Golden Section, as is DaVinci’s painting ‘The Last Supper’. It is also a ratio found repeatedly in nature, for instance the spiral of a nautilus shell is based on this ratio, as is the formation of a hurricane. In terms of photography, I think of it as the rule of thirds on steroids. Googling “golden section photography” will give you some excellent examples of these kinds of compositions. Using this method in your shots will require a slower, more methodical, more technical approach to picture taking. If this appeals to you, I encourage you to read more about the golden section on your own. But don’t feel guilty if you don’t really want to venture beyond the rule of thirds, or if you just want to compose your pictures more intuitively. 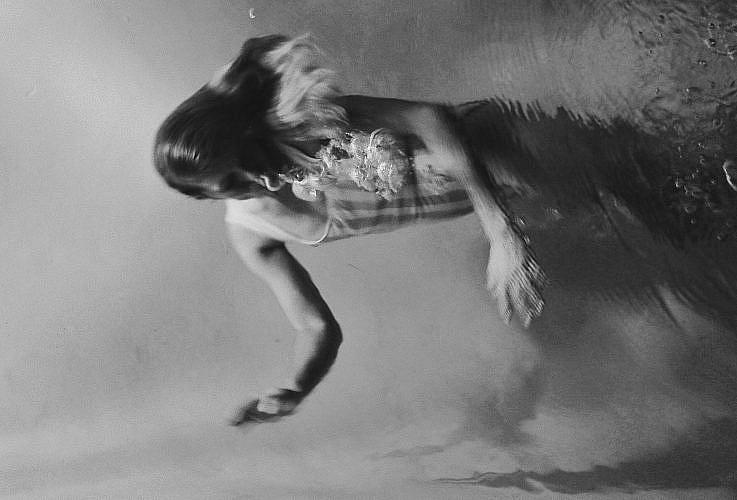 Art at its most significant is a Distant Early Warning System that can always be relied on to tell the old culture what is beginning to happen to it.

Art at its most significant is a Distant Early Warning System that can always be relied on to tell the old culture what is beginning to happen to it.